May 22-28th : Boat US National Championship 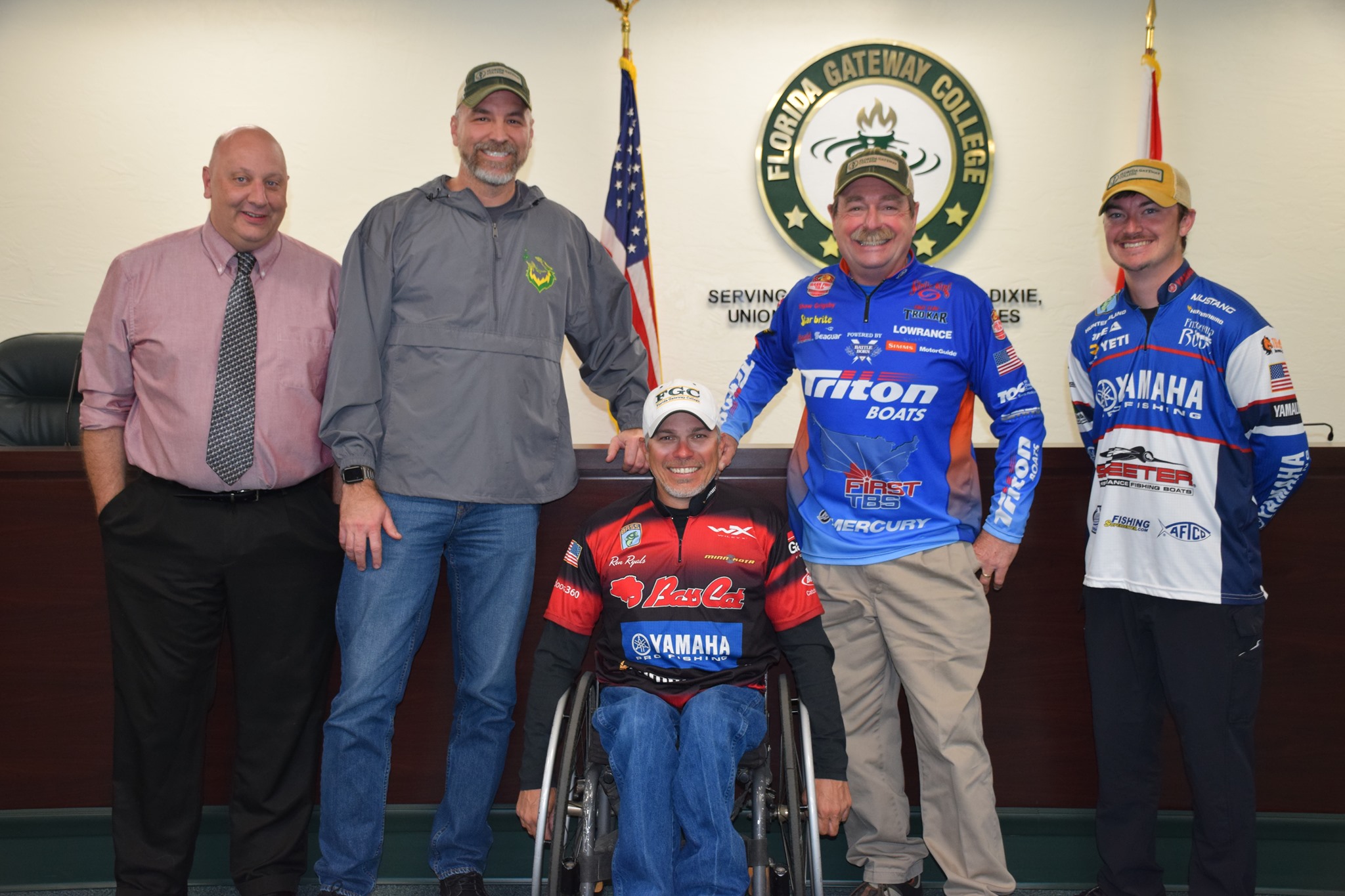 Mr. Shaw Grigsby fishes professionally and has hosted his own television show, “One More Cast with Shaw Grigsby,” for the past 20 years. He is world-famous in the bass and fishing industry.

“The sport is expanding rapidly. There’s so many people that enjoy the outdoors and love to fish and so this is just a natural progression of showing how great a sport it is.” “If you come to [Florida] Gateway College, first off, you’re going to have a great set of coaches, you’re gonna have a great support system behind you, and this team is gonna start off being really competitive right out of the gate.”

Mr. Bland was President of the University of Florida’s Bass Club for three years.  He fishes professionally and is a world renowned safety expert.  He is Skeeter/Yamaha’s National Boating Advocate. “Now you see youngsters from age eight and nine getting involved in the sport of bass fishing. It keeps them out of trouble, but it keeps them learning great things from conservation to marketing to business, a lot of life skills and we’re going to build on that.”

Mr. Ryals bass fishes professionally and is the most senior guide at Bienville Plantation which is a top bass fishing destination in the U.S.  He was the Paralyzed Veterans of America Bass Tour’s 2010 and 2013 Angler of the Year.  He fished the Bassmasters Open in 2009, 2010, and 2013. “Hopefully I can share some of the knowledge I’ve learned over the past twenty-something years fishing professionally as a guide and fishing tournament trails.”

The FGC Fishing Club will be overseen by Club Advisor Rob Chapman. Chapman is an International Game Fish Association world record angler and has won tournaments in both freshwater and saltwater.

“We want to run our FGC Bassmasters Club just like a high-level athletic team,” said Chapman. “We’re going to recruit anglers with successful track records at the high school level, and also open the door to anyone else who loves bass fishing to have an opportunity to learn the sport from the very basics all the way to how to become a successful professional angler.”

For more information contact Hunter Bland at 352-789-1185 or Rob Chapman at rob.chapman@fgc.edu

Go Further Together at FGC

Apply NowVisit CampusRequest Information
We use cookies to ensure that we give you the best experience on our website. If you continue to use this site we will assume that you are happy with it.Ok